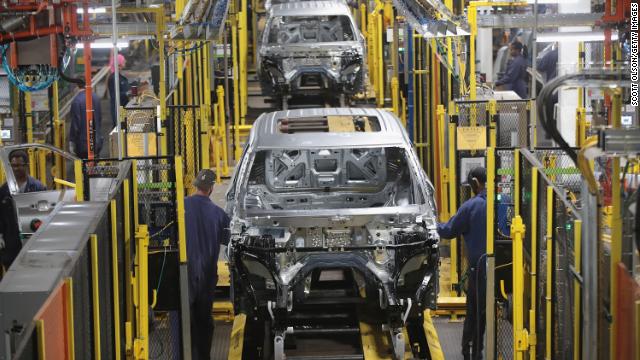 Ford says it hopes to restart its factories closed for coronavirus by the end of June.

But it said it has enough cash on hand and available to it that it can make it through the end of September without a restart of production outside of China.

Ford (F) issued guidance Monday saying it has $30 billion in cash on hand, including $15.4 billion of proceeds from borrowing last month.

“We believe we have sufficient cash today to get us through at least the end of the third quarter with no incremental vehicle production,” said Ford CFO Tim Stone.

Ford has restarted production in China, where the disease shut production earlier and has begun to abate. But Ford’s plants elsewhere in the world remain shut.

“The company is considering a scenario for a phased restart of its manufacturing plants, supply network and other dependent functions beginning in the second quarter, with enhanced safety standards in place to protect worker,” said Ford.

It said despite a 21% drop in the number of vehicles sold in the first quarter, it expects to report expects to report revenue of about $34 billion in revenue for the period, and about a $600 million loss excluding interest, taxes and special items.

The revenue would be better than Wall Street estimates but the loss would be worse than forecasts. Ford shares fell 5% on the guidance.

Cornish hens and restaurant meals: What Thanksgiving looks like in a pandemic